The Film Archive of the National Archives of Estonia is carrying out two photo related digitisation projects. The first one includes 35,000 glass plate negatives and 65,000 film negatives from 1900–1960. Project lasts in 2020–2022, and it brings together 22 memory institutions over Estonia.

The project is hugely capacious, it contains recordings of individuals, places, events and activities in Estonia in the first part of the 20th century. Throughout the digitisation, unprecedented shots by well-known and less-known photographers will be revealed for public use. For example, portraits and studio photos on glass plates by Jaan Riet, photos of public figures (politicians, musicians, writers, clergymen, advocates etc. from 1918–1940) by Georg Johannes and Peeter Parikas, views over Tallinn as well as the performances of “Estonia” Theatre and the Estonian Drama Theatre from 1942–1944 will be digitised.

As the photographers worked also outside bigger towns, the project’s outsource gives an insight into Estonia at large. Mentioning only some of the authors, cameraman Artur Puurand from Tuhala village captured its home place and people during 1920–1950, Johannes Kadakas took photos in Peningi, Raasiku and Vao communes, Abner Eber Landau reflected inhabitants of Livonia in the beginning of 20th century on glass plate negatives by giving a typology of a person of Livonia at that time.

The art historical photo collection of the University of Tartu brings to public the architectural monuments destroyed or damaged in the WW II, the photo collection of the Estonian Museum of Natural History contains some excited agronomy tests. The photo negatives of the Estonian Building Monuments reflect details, objects and operations of researches, inventory and restoration of building monuments as well as the archaeological investigations.

Digitisation of photo negatives is a delicate process that needs a professional care both at the phase of preparation and digitisation. Glass plate negatives are extremely fragile objects, degradation process of negatives on nitro and acetate cellulose substrate (hydrolysis and acetic acid syndrome) is deepening and irreversible. Therefore, the aim of digitisation according to the world-class standards is that the negatives should not be taken outside from the repositories for any new digitisation. 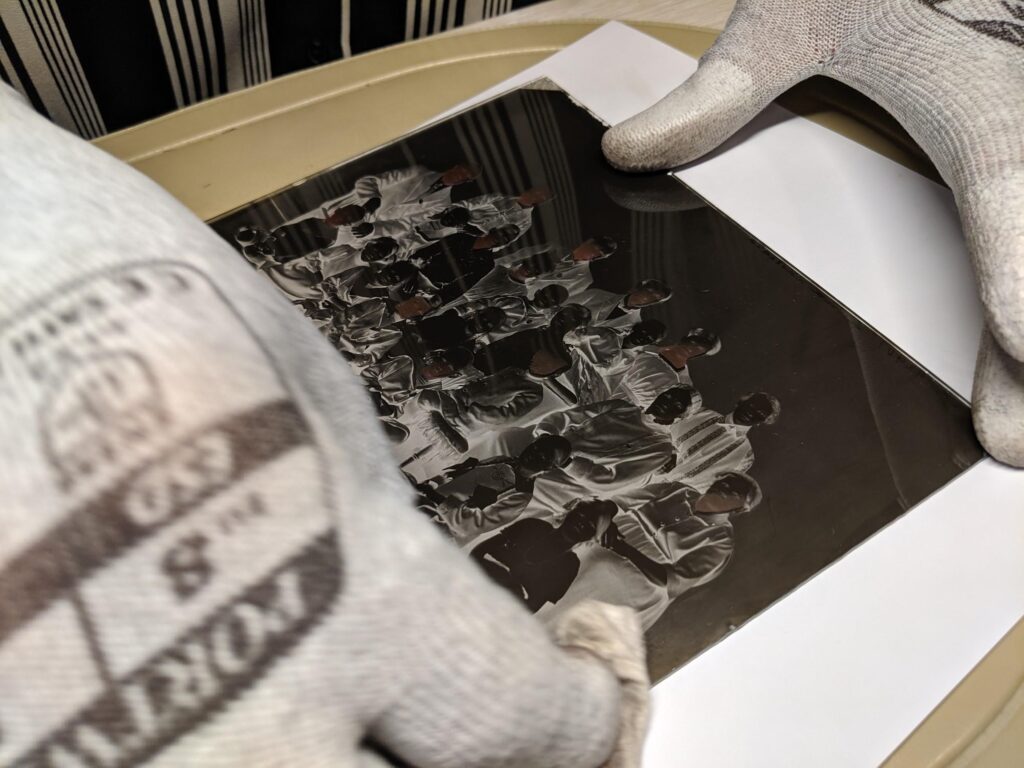